What is Bitcoin in the light of hard forks?

This year has been one of the more controversial years for Bitcoin thus far. We have already seen a number of important forks happen - SegWit, Bitcoin Cash and Bitcoin Gold, and we're scheduled to witness some other forks soon - Bitcoin Cash doing a hard fork, SegWit2x looming ever closer, and we might even see some emergency PoW change hardfork in response to SegWit2x. Amidst all of that, many people are asking themselves, debating and fighting over an important question - "What is Bitcoin?" (that iconic question).

The power of the name

Earlier this year, there was a small debacle as to what Bitcoin Cash should be called. It seems that some of its opponents wanted to dismiss the fork by calling it "Bcash" to further distance it from the Bitcoin project. It seems the "Bitcoin" name by itself holds value like any other brand, otherwise we wouldn't have so many projects using it: 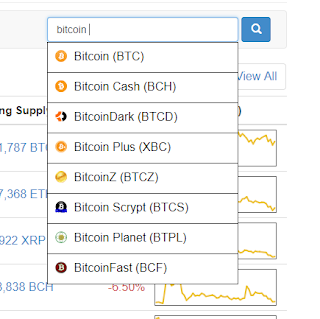 How many Bitcoins do we have? (source)

In response to Bitcoin Cash being called Bcash, some supporters of that project started calling Bitcoin Cash by just "Bitcoin", and referring to the SegWit side of the fork as "SegWit Coin".

While at the start it might not seem like much, a definition of what "Bitcoin" is and which side of a fork gets to call itself that is really important. Bitcoin is a currency with over 125B USD market cap, a liquid market on numerous exchanges, and countless of projects using it, many of whom would barely be able to follow what's going on in this debate. A fork of Bitcoin, on the other hand, has to start out with nothing and build up that market almost from scratch.

This is why contentious forks are so problematic and why such a simple thing as replay protection is controversial - whoever wins in the fork and gets to call itself "Bitcoin" will be the project that matters, while the loser won't matter anymore. A fork with a hard replay protection is easy to dismiss as an altcoin, while one without is much easier to pass on as an upgrade to the protocol, as Bitcoin has historically never done replay protection (while it seems Ethereum might be getting that as a standard in the future).

So what is Bitcoin, really?

With all of those forks past and future, many people have to ask themselves - "What is Bitcoin, really?". Gavin Andresen's definition has been a good guide so far:

It might, however, be worthwhile to start drilling down the definition and listing all of the important semantics that have or might be important in the future.

So Bitcoin could be defined as:

There are many such nitty-gritty details to list and rank. An important exercise for a lot of people is to rank these various features, and in case of a contentious fork - figure out which of those features might be changed.

So for example, if Bitcoin Gold is creating a fork that changes the PoW algorithm and doing private mining for awhile, versus Bitcoin Cash changing the block limit and changing the difficulty adjustment algorithm, we have forks that change the features 10 and 7, vs 12 and 9. Following this ordered list, Bitcoin Cash would be less contentious (which is not to say - not contentious at all) as it alters features lower down the list.

So would Bitcoin be Bitcoin under Script being changed to Simplicity? SegWit2x changing the block size? A fork that changes the PoW? Which part of the fork would be "more Bitcoin" than the other?

Of course, there is more to a fork than just such rules - there is a lot of politics involved, and sometimes a more controversial fork still remains dominant. Ethereum's DAO fork for example meant the "main" chain violated a very important rule - containing only valid transactions, but that side of the chain is still a lot more widely used than the "purer" alternative - Ethereum Classic.

Battling over which side of the fork is "the real Bitcoin" is more than just fighting over a name. It is the battle for market dominance, wide acceptance and legitimacy in the eyes of the laymen. The winner will be the world's best know cryptocurrency, while the loser will be hardly talked about outside of the crypto circles.

Seeing which side of the debate will endure the upcoming forks will definitely be a seminal point in the story of Bitcoin.
Posted by ThePiachu at 08:25:00