How not to blockchain - a look at OneCoin

In the recent weeks there has been a resurgence of news about OneCoin, what appears to be a high-profile MLM ponzi scheme disguised as an altcoin. From what I can gather, the renewed popularity of the topic was sparked by OneCoin's Coin Rush Global Event:

Watching this video as someone that has been around Bitcoin for 5 years now, there are more red flags here than you would see during International Workers' Day in some places. In fact, the video and OneCoin in general are such a good example of how you can bamboozle people by saying just the right thing that it might be a worthwhile exercise to dissect a lot of it.


Going onto a cryptocurrency website you want to look for a few key pieces of information:

Getting all five of the above points is a good start for any currency, but as we can see, even some of the largest coins are missing one or two of those features. Lacking all five does not bode well.

That's not how blockchain works


Putting all of that aside, let's look at the video proper and see what the event is about. Apparently the big news that day was that OneCoin is retiring it's old blockchain (!) and launching a new one in October so they can make more onecoins (!!). The justification being, and I kid you not, that they need more coins to grow, since there might not be enough coins for new merchants, Latin America, India, etc.

Let that sink in for a bit. A cryptocurrency that is not explicitly tied to a fiat currency is running out of coins for people. So instead of letting free market organically settle on a price it thinks the coins are worth and say, buying the coins from the market to give to the new merchants if they want, they instead decide to make more coins... The issue is also more complicated than just that. OneCoin on its FAQ page claims its blockchain is mined with a custom solution based on Script and X11. However, you don't mine the blocks directly, instead "you just sign up on the mining dashboard on the exchange in your back office". This might remind some people of Proof of Stake or Delegated Proof of Stake, but no, OneCoin does it differently - "People are signed up and assigned to mining pools on a first come, first serve basis. Whenever a place is free you can join a pool.". The process appears to be:


In other words, it's like purchasing coins from an exchange (send money, get coins), but with an arbitrary wait period (currently 3-6 MONTHS!) between sending money and receiving coins. As /u/TimTayshun pointed out, the block times are also very strange - too regular for a Bitcoin-like mining scheme. The blocks appear to be generated at the 10 minute mark without much variation. If there is any real mining going on, there is no real competition, no difficulty adjustment or anything like that. It looks a lot more like Ripple's Consensus algorithm than anything mining-related.


But even all of that is not the whole story. Enter the splits and tokens. You don't directly buy the onecoins, instead you buy packages that include tokens and splits:

Apparently in order to keep the price attractive, you split the tokens as you would company shares. In the end it means that you have a higher quantity of tokens that you can use for mining, but the value stays the same, I think. The splits apparently can only be used on the tokens, not the coins that are mined, and you can combo the various packages in some "strategy" to receive more and more splits.

This seems to accomplish a few things:


So in other words, the entire system looks like a shady mobile app:

If that wasn't enough, you also can't forget about the match bonus for people you refer: 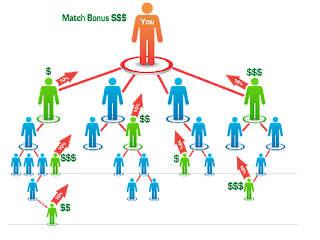 Because nothing inspires more confidence than a pyramid-like structure with the money flowing to the top...

There is also something about not actually purchasing tokens, but instead purchasing training from OneAcademy that conveniently comes with tokens, BVs and what have you, but at this point I think I made my point. Purchasing any cryptocurrency is simple - you take your money, you get your tokens. With OneCoin, a simple trade is a drawn out process taking many months with zero transparency. Mining is a joke, the numbers are multiplied over and over. But the story doesn't end there...

Show us your proof


During the Coin Rush Global Event, there have been a number of claims made about OneCoin and other coins as well. After hearing a lot of them, one feels the urge to shout "show us your proof". In no particular order:


And from other sources:

The Icing on the Cake


Even after pointing out the various problems for a long while, there is still a lot more that needs to be addressed. Going into detail on everything would probably make this lengthy article probably twice as long. So let's finish off everything else in some quicker fashion. What follows are various claims, quotes and other titbits from the video presentation:


And finally - "OneCoin Cryptocurrency is Unique, Safe, Global & With No Risk of Inflation", other than the doubling of the coins, the extra amount of coins that will be pumped into the system after the switch, etc. Those little things.


OneCoin, officially based in Dubai, boasts an impressive "ecosystem", consisting of 10 distinct items: 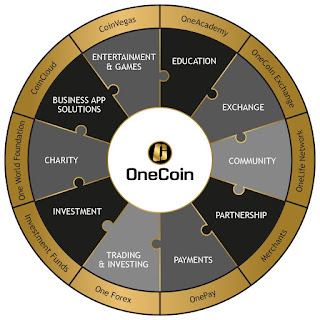 
OneCoin, perhaps going in Microsoft's footsteps of wishing their products to be abbreviated into "The One" has raised a lot of red flags on all fronts. It does not instil any confidence in its products, its business strategy, or legitimacy of its creators. It takes money from a lot of people, turns it into a flashy show to boost confidence, and talks about its "community" and "family". The way it does business is overly complicated, intentionally opaque, and unverifiable. It is a blockchain and cryptocurrency only by self-proclamation. Keep as far away as you can from anything related and enjoy the slow-motion train wreck.

Your idea will not work.  Here is why it won't work.

(x) The proposed security model is (x) flawed / ( ) not enough / (x) completely wrong and therefore you will be ( ) scammed / ( ) hacked / ( ) stolen from / (x) implode quickly
(x) There is already a product on the market that does exactly what you’re doing, but (x) faster / (x) cheaper / (x) better / (x) is more established / (x) is not a scam
(x) You are proposing exorbitant fees for the use of your product that are unsustainable in the long run
(x) Your product gives unfair preferential treatment to (x) yourself / (x) the earliest adopters / ( ) early investors / ( ) select few / ( ) _____________________
(x) You violate the core principles of Bitcoin, including: (x) core cryptography of the protocol / ( ) 21M coin limit / ( ) coin distribution / (x) ownership of private keys / (x) inclusive nature of the network / (x) pseudonymity of users / (x) lack of transaction censorship / ( ) ______________
(x) You promise unreasonable return on investment without a clear business model of where the money is coming from
(x) Your project cannot be run legally at your jurisdiction
(x) Your project will not be compliant with the current ( ) KYC / ( ) AML / (x) gambling / (x) MLM regulations
(x) You rely on proprietary ( ) hardware / (x) software / ( ) intellectual property / ( ) _________
x) Your solution is worse than general-purpose computing hardware / software
(x) Your product is poorly implemented
(x) Your presale tokens have no economic value
(x) Your adoption goals are unrealistic
(x) Your product has zero transparency

Specifically, your plan fails to account for:
(x) The existing regulations
(x) The required Money Services Business license
(x) The anonymous nature of cryptography
(x) The geopolitical map of the world
(x) Adaptability to growth of the market cap
(x) The miner incentives
(x) Public reluctance to accept weird new forms of money
(x) Huge existing software and hardware investment in Bitcoin
(x) The known security exploits of the existing Internet services
(x) Secrecy of data decryption
(x) Increase in currency unit supply not being the same thing as increase in wealth
(x) Disproportionate increase in currency units drains wealth from one group into another
(x) The long-term sustainability of the project

and the following philosophical objections may also apply:
(x) It is a MLM scam
(x) It is a pump and dump
(x) It is a (x) ponzi / (x) pyramid / ( ) ___________ scheme
(x) A known (x) scammer / (x) person with poor reputation is involved with your project
(x) Why should we have to trust you and your servers?
(x) Incompatibility with open source or open source licenses
(x) Feel-good measures do nothing to solve the problem
(x) Extraordinary claims require extraordinary evidence (aka “Proof or GTFO”)
(x) I don’t trust YOU with the money

Furthermore, this is what I think about you:
(x) Sorry dude, but I don't think it would work.
(x) This is a stupid idea, and you're a stupid person for suggesting it.
(x) You’re a scammer and you should feel bad.

Bitcoin Bullshit Tier
You are advertising a new Bitcoin / crypto related project. Based on the information provided, you have reached the Bullshit Tier of 4 for the following reasons:

Bitcoin Bullshit Tier 2 - willful misinformation, bait and switch
(x) Selling overpriced / underperforming hardware or software
(x) Claiming your project can accomplish something hard without a clear explanation of how to do so